Soul winning couple working around the world in fairs and festival. 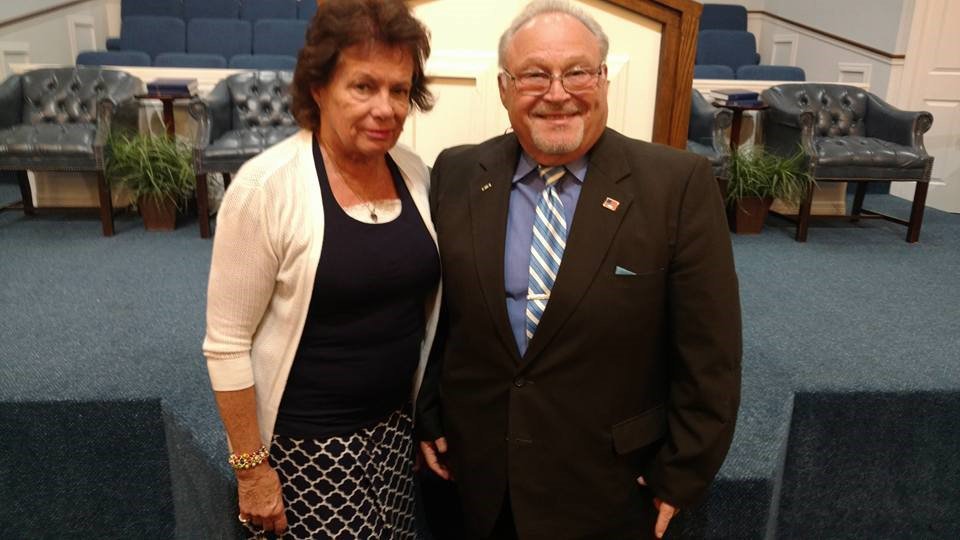 Give to the Ministry of David & Susan

When were you saved? I was saved in October 1970 at Emmanuel Baptist Church in Fort Lauderdale, Fl

Dr. Smeltz pastored for 28 years and planted five churches in USA. A graduate of Liberty Baptist College in 1978. M.Div. from Anchor Theological Seminary in 1983 and Th.D. from Anchor Theological Seminary. 1985. Entered missions in 2006 and has ministered in nine countries. He and Susan have ministered in the Ukraine for over six years and Guatemala, Haiti, Cuba, Philippians, Cambodia, and Vietnam. Brother Smeltz is a Vietnam Veteran served 1965-66. Dr. Smeltz founded His Word of Truth Ministry in 1974 and Voice of Victory Pod Cast in 2018. He was the Chaplain of Vietnam Veterans of America State of Virginia 2000 to 2016

Personal Testimony     I was saved after returning home Vietnam under the ministry of Dr. Ray Sadler in a revival in 1970. I met my wife, and she was the person who got me in church in September of 1970. God called me to preach in 1973. David and Susan have been married for 51 years. They have five children, 12 grandchildren and six great grandchildren.

17  Now therefore, O our God, hear the prayer of thy servant, and his supplications, and cause thy face to shine upon thy sanctuary that is desolate, for the Lord's sake.